You are here
Home / Balder / The Balder Group

Learn more about the Balder Group

The journey began in Sweden

Balder’s business started in Sweden in 2005 and today the company is represented in 13 locations from Sundsvall in the north to Malmö in the south. Balder focuses on being a stable owner, which creates attractive and safe areas for people to live in and do good business in. The property portfolio includes residential properties, commercial properties and projects in capital cities and other larger cities that are developing positively. In recent years, the project portfolio has grown with several investments in large urban development projects for example Karlastaden in Gothenburg and Kungens Kurva in Stockholm.

Balder’s establishment in Denmark began during 2012 through an acquisition of residential properties of 43,500 sqm and today the Group has a broad portfolio of properties in central Copenhagen, Österbo, Havneholmen, Öresund and Örestad. Balder also owns six hotels in Copenhagen inner city as well as the historic entertainment venue Circusbygningen.

Balder is a majority owner in SATO

In recent years, Balder has gradually expanded its holdings in Norway, including by acquiring Asset Buyout Partners (ABP), 50% of Anthon Eiendom AS, and more than 30% of the shares in Entra ASA.

ABP is a leading Norwegian industrial property company with real estate assets located in business-critical energy and maritime clusters along the Norwegian coast. Anthon Eiendom develops and manages commercial properties in the eastern parts of Norway, primarily in the Oslo area. Entra is one of Norway’s largest property companies that owns and manages properties in the four largest cities in Norway.

Hotel and other properties in Germany and the UK

In 2018, Balder acquired a German property portfolio consisting of seven hotel properties. The properties contain more than 800 hotel rooms with a total lettable area of just over 40,000 square meters. About 40% of the rental value is located in Berlin and other important cities such as Leipzig, Erfurt and Gelsenkirchen. The operator of the hotels is Ligula Germany GmbH, which is a subsidiary of Good Morning Hotels. Balder owns two properties in London since 2019. 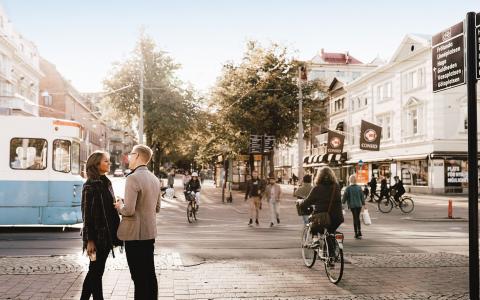